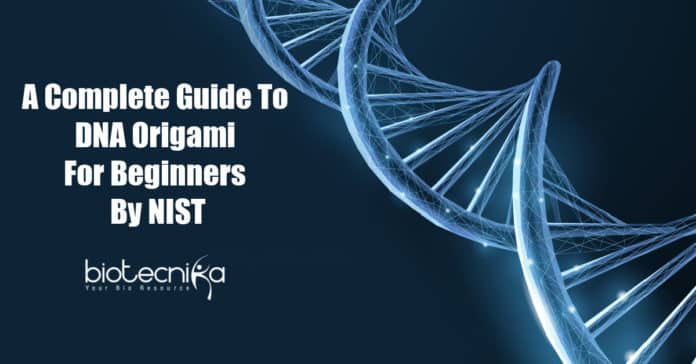 In a strategy referred to as DNA origami, scientists fold long DNA strands repeatedly to build a range of small 3 Dimensional structures, including drug-delivery containers and small biosensors. DNA origami was first discovered at the California Institute of Technology in 2006. It has actually brought in many new researchers in the last few years, anxious to develop receptacles and sensors that could detect and treat disease in humans, analyze the environmental influence of contaminants, and assist in a host of various other biological applications.

Even though DNA origami concepts are simple, the devices and methods for developing novel structures are not always very simple to understand and have not been well recorded. Additionally, researchers new to the method have had no reference they could turn to for the most reliable means of creating DNA structures and just how to dodge challenges that could lose months and even years of study.

That is why Jacob Majikes and Alex Liddle, scientists at the NIST that have researched DNA origami for years, have assembled the very first complete tutorial on the method. Their complete report presents a step-by-step overview of designing DNA origami nanostructures utilizing advanced devices. Jacob Majikes and Liddle explained their work published in the Journal of Research of the NIST.

Jacob Majikes stated that they wished to take all the devices that individuals have advanced, place them all in one place, and describe things that you can not mention in an article. Report documents could explain everything that everybody’s done; however, they do not describe how individuals did it.

DNA origami is based on the capability of complementary base pairs of the DNA molecule to bind to each other. Amongst DNA’s 4 bases – adenine, cytosine, guanine, and thymine adenine binds with thymine, and guanine with cytosine. This indicates that a detailed sequence of adenines, thymines, cytosines, and guanines will certainly find and bind to its complement.

The binding allows short DNA strands to function as “staples,” maintaining sections of lengthy strands folded or joining separate strands. 250 staples might be required in a common origami design. By this method, the DNA can self-assemble into different forms, creating a nanoscale structure to which a collection of nanoparticles – numerous beneficial in clinical treatment, biological study, and environmental monitoring – can join.

Jacob Majikes claimed that the difficulties in utilizing DNA origami are 2 fold. Initially, scientists are producing 3D structures using a foreign language – the base pairs adenine, cytosine, guanine, and thymine. Additionally, they utilize those base-pair staples to twist and untwist the familiar double helix of DNA molecules to make sure that the strands bend into different forms. That can be challenging to design and picturization. Majikes and Liddle advise scientists to strengthen their design instinct by developing 3D mock-ups, like sculptures created using bar magnets, before they start fabrication. These versions, which can disclose which facets of the folding method are crucial and which are lesser, should then be “flattened” into 2 Dimensional to be appropriate with computer-aided design devices for DNA origami, which generally makes use of 2D depictions.

Jacob Majikes claimed, DNA folding can be performed in different methods, some less effective than others. Few methods, actually, might be condemned to failure.

Jacob Majikes stated that pointing out things like ‘you might do this, yet it’s not a good idea’ – that kind of viewpoint is not in a standard journal article, however since NIST is aiming at driving the state of technology in the country, they can issue this study in the NIST journal. He does not believe there is wherever else that would have offered them space and the time and also the person-hours to place all this together.

Liddle and Majikes plan to continue their research with many extra manuscripts outlining how to fabricate nanoscale tools with DNA efficiently.