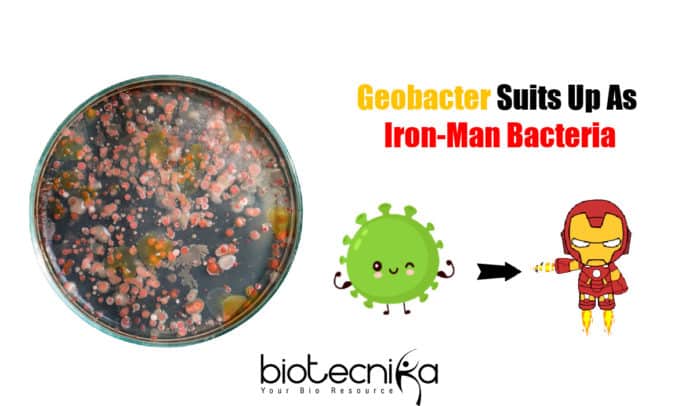 When Gemma Reguera from Michigan State University came up with a novel approach for the National Science Foundation, a peer reviewer reacted that the concept was environmentally irrelevant.

The rest of the reviewers and the head of the program were affirmative for the idea and NSF provided the fund for the proposal. Reguera’s research team has proven that bacteria are capable of an astounding action that can essentially recover a relevant natural resource and absorb harmful pollutants.

Prof. Regeura, Microbiology & Molecular Genetics Department, stated that the important thing to always keep in mind is to think out of the box, particularly for biology. Microbes have been inhabiting Earth for trillions of years, and to assume they are incapable of accomplishing somethings hinders us from numerous concepts and applications.

Reguera’s group explores sediment and soil-dwelling bacteria namely Geobacter. In the recent experimental study, the group researched the fate of bacteria after exposure to cobalt.

Cobalt is a beneficial yet significantly scarce metal widely utilized for the manufacture of batteries and alloys for electric vehicles and spacecraft respectively. Conversely, it is highly lethal for humans, bacteria, and other living beings.

Regeura mentioned that cobalt kills many microbes and it invades their cells and destroys them.

However, the team believed that Geobacter could elude this fate. These bacteria are very robust. They can obstruct uranium pollutants from reaching groundwater, and they recharge themselves by acquiring energy from iron oxide present minerals. Reguera asserted that they survive on rust.

Researchers know less about the interaction of microbes and the environmental cobalt, however, several scientists-including a peer reviewer-thought that the lethal metal would be too hard for the bacteria.

However, Reguera’s team confronted this belief and discovered Geobacter or Iron Man bacteria to be successful cobalt miners, who can extract the metal from the rust as well as prevent it from penetrating their cells and destroying them. Rather, the microbe basically shields itself with the metal.

Reguera additionally mentioned that these iron-man bacteria create cobalt nanoparticles on their surface layer. These particles metalize independently and form a shield to protect the bacteria. It is similar to the Iron Man with the suit.

The study findings were published in Frontiers in Microbiology journal, with the scientific article initially coming online by the end of November 2020. The Spartan group comprised of two graduate students Marcela Tabares and Hunter Dulay, who are wonderful and comparatively junior researchers, and Kazem Kashefi, assistant professor, Microbiology & Molecular Genetics Department.

She deems this breakthrough as a piece of evidence for paving roads to a multitude of exhilarating opportunities. For instance, Geobacter could build the foundation of modern biotechnology that emerged to recycle and recover cobalt out of lithium-ion batteries, lowering the country’s reliance on international cobalt mines.

It also steers scientists to explore Geobacter as a useful means to absorb other harmful metals that were once thought to be lethal for the microbe. Reguera is specifically keen on observing whether Geobacter can assist in cleaning up cadmium, a metal seen in industrial wastes that unevenly influences the most underprivileged groups in the US.

Reguera proclaimed that this is merely a cue for us to be more inventive and not confined in the opportunities. Research enables us to explore and search for infinitely. She said that we have the theoretical explanations of microbial capabilities and their strengths, nonetheless, life is vivid and diverse. There are many other phenomena out of these textbook worlds yet to be discovered.