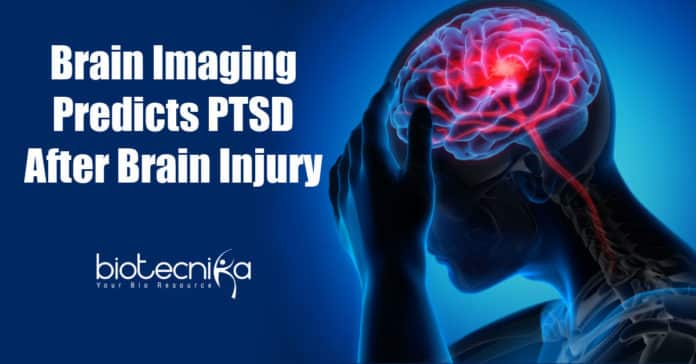 Prof. Murray Stein, Department of Psychiatry, and Family Medicine and Public Health, University of California, San Diego, and the lead author of the study commented that the association between TBI and PTSD had earned a lot of recognition lately as researches have revealed significant overlap in risk variables and symptoms. The team used data from TRACK-traumatic brain injury, a big longitudinal study of people in the Emergency Dept with traumatic brain injury’s serious enough to require CT scans.

The team tracked more than 400 such TBI patients, examining them for posttraumatic stress disorder at 3 and 6 months after brain injury.

18% (77 patients) at 3 months and 16% (70 patients) at 6 months had posttraumatic stress disorder. After the injury, all the patients underwent brain imaging.

Dr. Stein stated that the volumes of vital structures in the brain thought to be associated with PTSD was determined using MRI studies conducted within 2 weeks of injury. They observed that the volume of many of these structures predicted posttraumatic stress disorder 3-months post-injury.

The conclusions match with earlier studies revealing smaller volumes in numerous brain regions in patients with posttraumatic stress disorder and research implying that the decreased cortical volume might be a risk element for developing posttraumatic stress disorder. Some resilience against PTSD can be provided with “brain reserve” or increased cortical volumes.

He stated that the biomarker of brain volume differences is not yet strong adequate to offer medical help. However, it opens the door for future research to look a lot more intimately at how these brain areas may contribute to (or shield against) mental illness like posttraumatic stress disorder.

Cameron Carter, MD, Editor of Biological Psychiatry: Cognitive Neuroscience and Neuroimaging (in which the research is published), stated that the study utilizes MRI to track a move ahead to understand why some individuals develop posttraumatic stress disorder after trauma while some don’t. It likewise prepares for future research focused on utilizing brain imaging to assist predict that an individual is at higher risk and might take advantage of targeted interventions to minimize the medical impact of a traumatic incident.